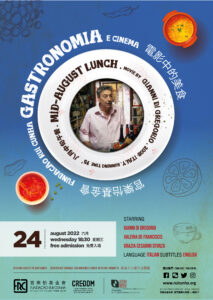 The Rui Cunha Foundation presents on Wednesday, August 24th at 6:30pm, the fourth of a series of six films dedicated to the theme of Gastronomy and Cinema, entitled “Mid-August Lunch”, from 2008, directed by Gianni di Gregorio, who is also an Italian script writer and actor. This session will not have a previous presentation.

Scheduled for this month, as the theme alludes to the Assumption of Our Lady Catholic holiday – celebrated on August 15th in countries like Italy, Spain or Portugal –, the film “Pranzo di Ferragosto” (original title) is a nice incursion into values such as tolerance, aging, solitude, told in a tender and humorous way, which surprises with its unique and edifying moments.

It is a very light and pleasant story, narrating the adventures of Gianni, a middle-aged, unemployed and single man, who accepts to take care of four elderly ladies to help pay off some debts, during that mid-August holiday. When all Italians flee from the heat to the coastal beaches, Gianni is blackmailed by his creditors – the landlord and the doctor – into hosting their mothers in Rome, where he lives with his own elderly and demanding mother. Bankrupt and unable to refuse, he takes on the difficult responsibility, which ends up resulting in a full house, where everyone fits in and helps each other, managing the whims that come with age, cooking the Assumption Day special meal and having more fun than expected.

Director Gianni Di Gregorio wrote the script based on an incident taken from his life, with a low budget and a lot of improvisation, acting as the protagonist in his own apartment and recruiting the other actresses from among hundreds of non-professionals. He hired them from a nearby elderly institution to ensure spontaneity, and was delighted with the joy and humor they brought to the set. In fact, only the actress who played her mother, late Valeria De Franciscis, was indeed a professional. She was deceased in 2014 at the age of 98.

The film is 75’ minutes long, spoken in Italian, with English subtitles.

Not suitable for people under 18 (Group C).

Admission is free, but seats are limited to 25 spectators. 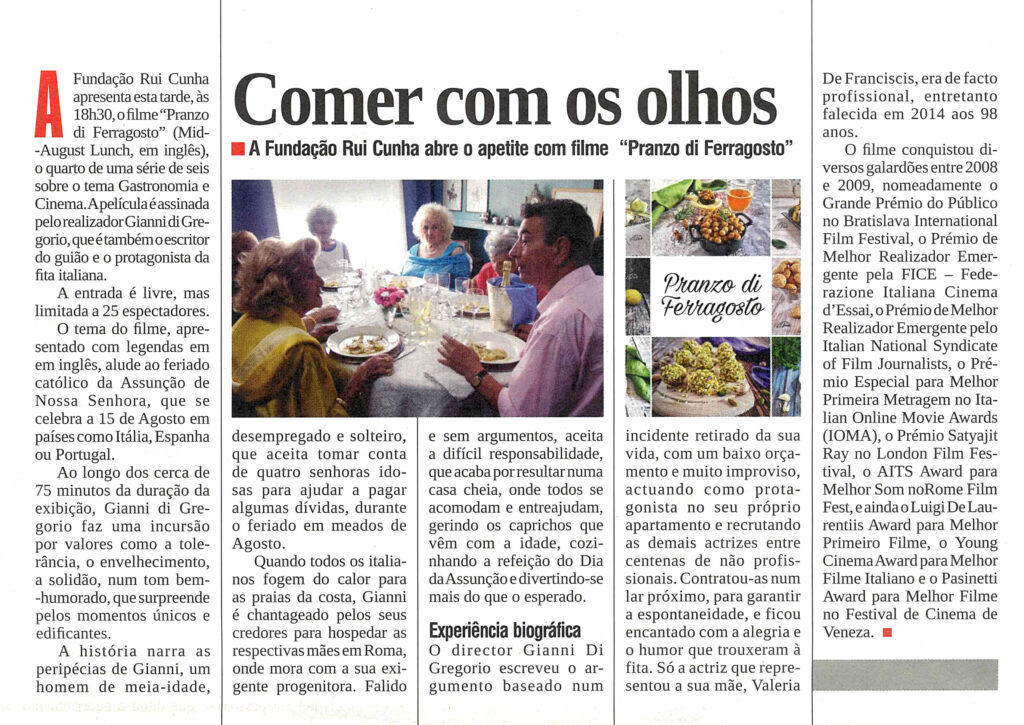