The Rui Cunha Foundation breaks the rule this summer and presents the popular “Saturday Night Jazz” on a Monday, August 30th at 7:00 pm. The long awaited concert brings the Ao Fai Group back to FRC Gallery, along with the Summer Jazz Combo to liven up the warm tranquil nights.

The Macau Jazz Promotion Association (MJPA), co-organizer of the event since 2014, brings two bands together in this show, formed by jazz lovers who have been exploring different styles of this musical genre, within a scope of multiple projects aimed at local youth and regional talents exchange.

This is the case of Ao Fai Group, led by Ao Chon Fai, one of the senior members of the MJPA who has brought several newcomers to the stage of FRC Gallery, to experiment and reinvent classical themes in order to encourage a passion for music and to perpetuate the heritage of jazz. Ao Chon Fai has been the core of jazz education in Macau. «After a few months since the last performance, his group is back to the Saturday Night Jazz concerts with new faces and musical instruments», according to the Association.

After the intermission break, the Summer Jazz Combo will take the stage and perform their groove, led by mentor and guitarist Mars Lei, who is also president of the MJPA. This formation is «composed of young talents, lovers and practitioners of jazz music. Both groups will present several jazz classics and other unexpected performances», suggests the MJPA.

Admission is free but subject to health recommendations implemented by local authorities. 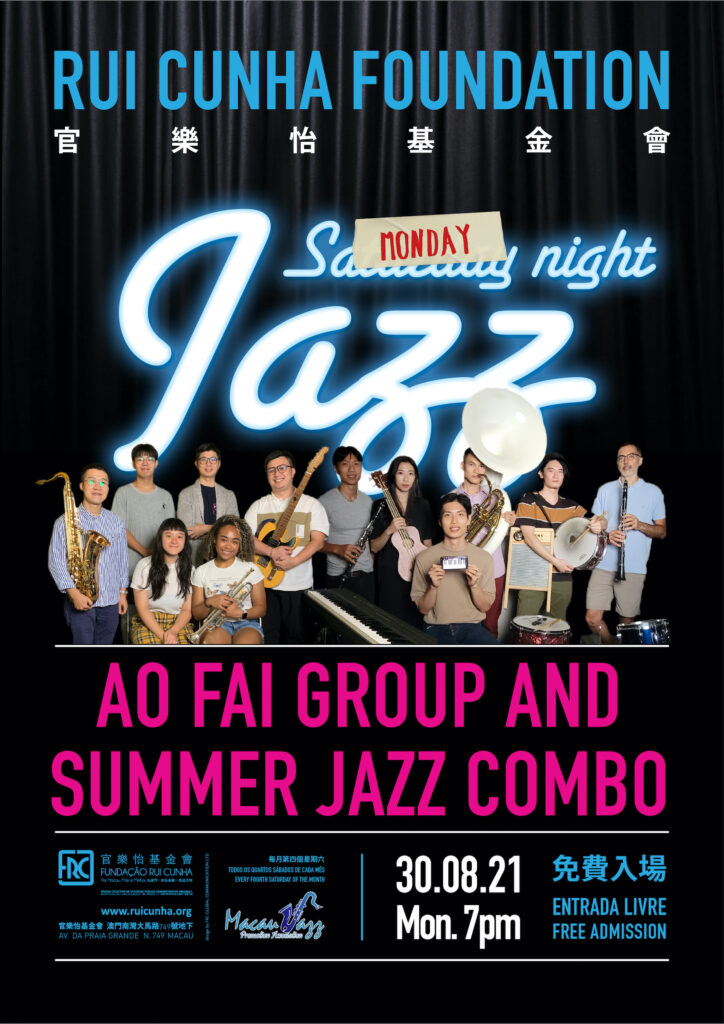