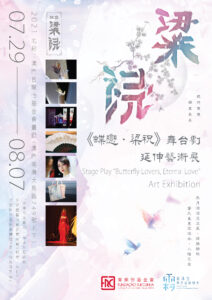 The Rui Cunha Foundation presents this Thursday, July 29th at 15:00, 2021, the informal opening of the Collective Art Exhibition “Butterfly Lovers, Eternal Love”, which will showcase a new project from the team of artists that brought to FRC Gallery the “Blooming Beauty of Macau” Art Exhibition last 22nd of March, 2021.

«The play was premiered in 2019, and was one of the first “Art Macao” series activities. It was honored to re-run for four times this year of 2021, and held successfully the first project of commercial theatre in Macao, which was popular between the citizens and companies», according to the art manifest for this event.

The legend of Butterfly Lovers is one of the four major love stories in ancient China. «It has developed, formed and matured for more than 1700 years since the Eastern Jin Dynasty, and can be called a common folk-art creation for thousands of years». The Frost Ice Snow Creative Experimental Theater decided, therefore, to explore and combine modern art with traditional classics, to bring the experience to a next level.

The works include video projections, costume designs, graphic designs, makeup photos and paintings, writings and lyrics, metal crafts, and other artifacts, which testify to the creative vitality of the new generations of Macau.

The exhibition will be on display at the FRC Gallery until August 7, 2021. 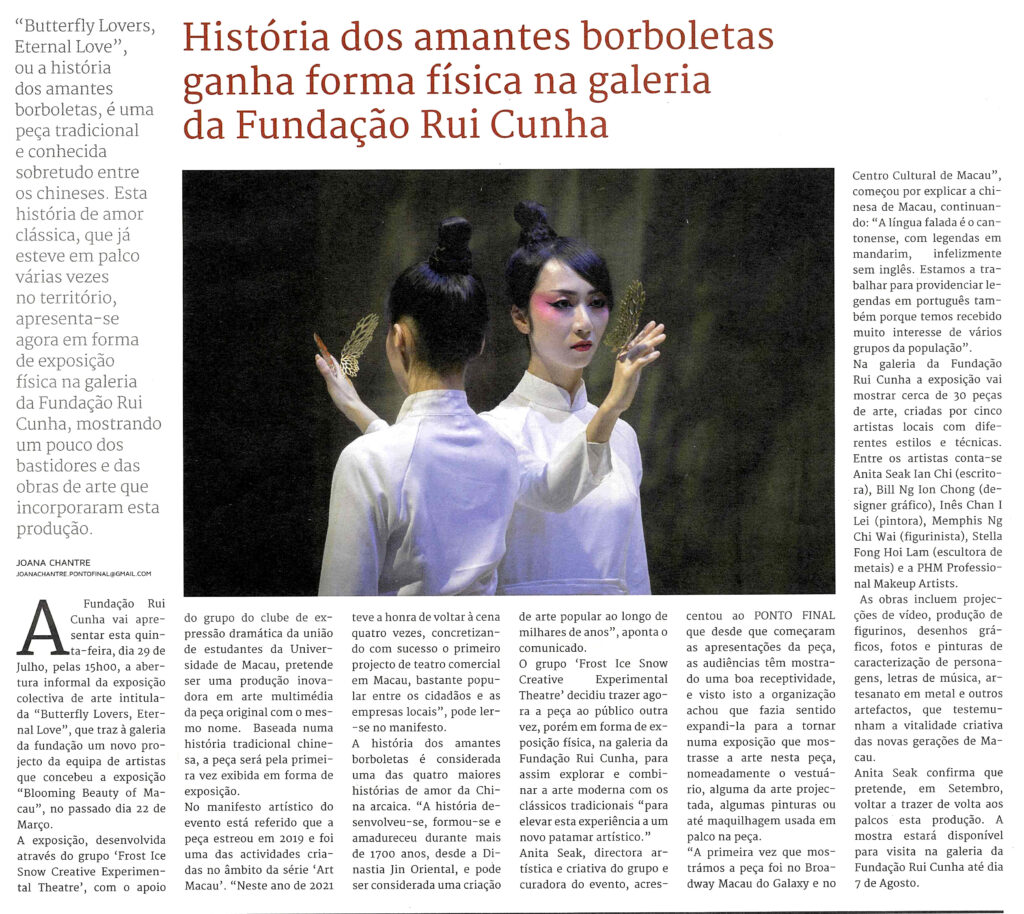 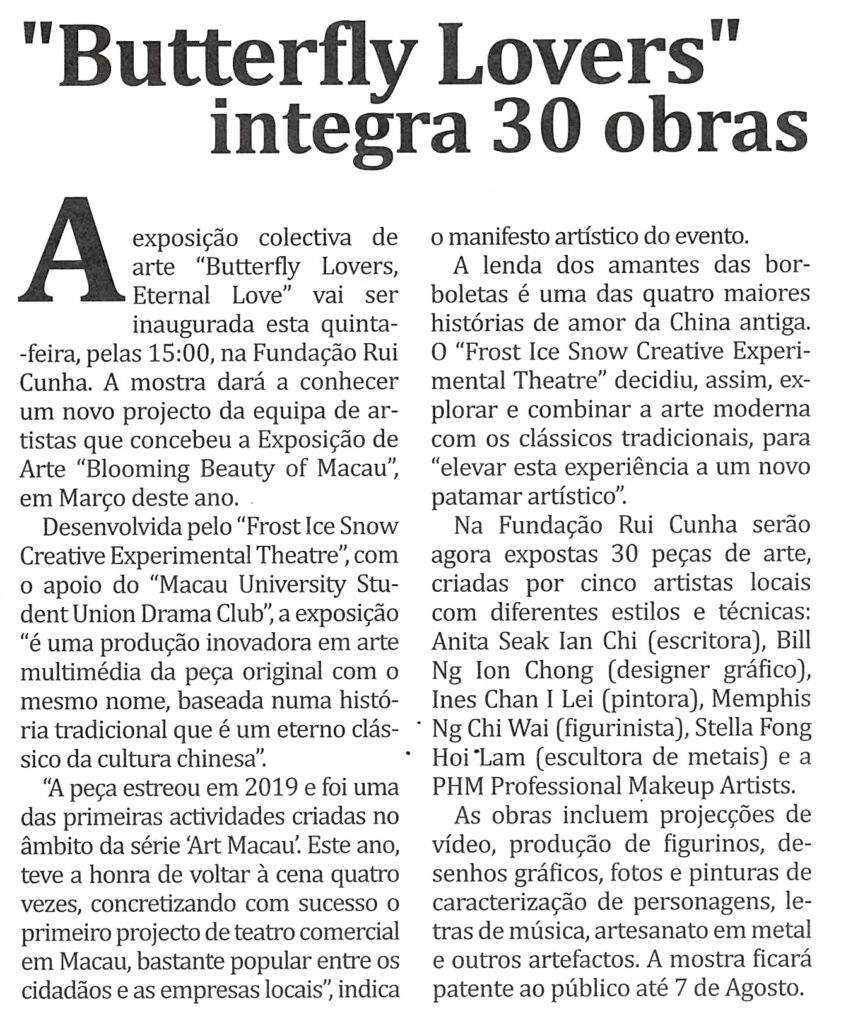