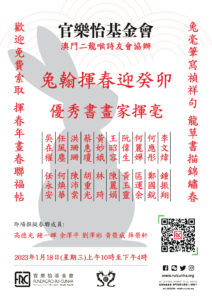 The Rui Cunha Foundation opens the Gallery doors on Wednesday, on January 18, 2023, for the traditional “Fai Chun . Votive Papers Offering” event, where the public may come and collect their Chinese calligraphy messages for good luck, free of charge, from 10:00am to 4:00pm, co-organzed with The Flora Garden Poetry Friends Association.

The population is invited to enter and choose their best wishes for good luck and prosperity, under the guidance of 26 local master calligraphers – such as Ung Choi Kun, Hong San San, Choi Vai Keng, and Ng Pio (Yum Fung Chan), President of the Association. Poets such as Ko Tak Kong, Chong Iat Fai and Yun Wing On will also create Spring Festival couplets on site, throughout the day, under the celebrations of the Chinese Lunar New Year of the Rabbit.

Fai Chun (揮春) is a traditional decoration, often used during the Chinese New Year, which also marks the arrival of the spring season. In English it can be translated as Spring Wave. People put the Fai Chun on the doors to create a festive and joyful atmosphere, as the calligraphic phrases mean good luck and prosperity. Typically, Fai Chun papers are red in color, with black or gold characters inscribed with a brush, aiming to protect the houses with wishes of good auspices for the year to come. Nowadays, printed and mass-produced versions are more frequent. They can be square or rectangular and hung vertically or horizontally, usually in pairs. Not only do they exist in China, but also in Korea, Japan, and Vietnam.

2023 is the Year of the Water Rabbit, which begins on January 22nd, 2023 (first day of the Chinese New Year) and lasts until February 9th, 2024. The Rabbit is the fourth sign in the 12-year cycle of the Chinese zodiac. In Chinese culture, the Rabbit is a symbol of longevity, peace and prosperity. 2023 is predicted to be a year of hope.

People born in the Year of the Rabbit are believed to be vigilant, witty, quick-minded and resourceful. They are sincere in everything they do, expecting to be treated in the same way. For those who do not know them, Rabbit natives’ kindness can make them appear weak and vulnerable. In truth, the calm personality of the Rabbit hides its confidence and strength.

Join us and pick up a pair of Fai Chun to put on your doorstep and greet the arrival of the Lunar New Year! 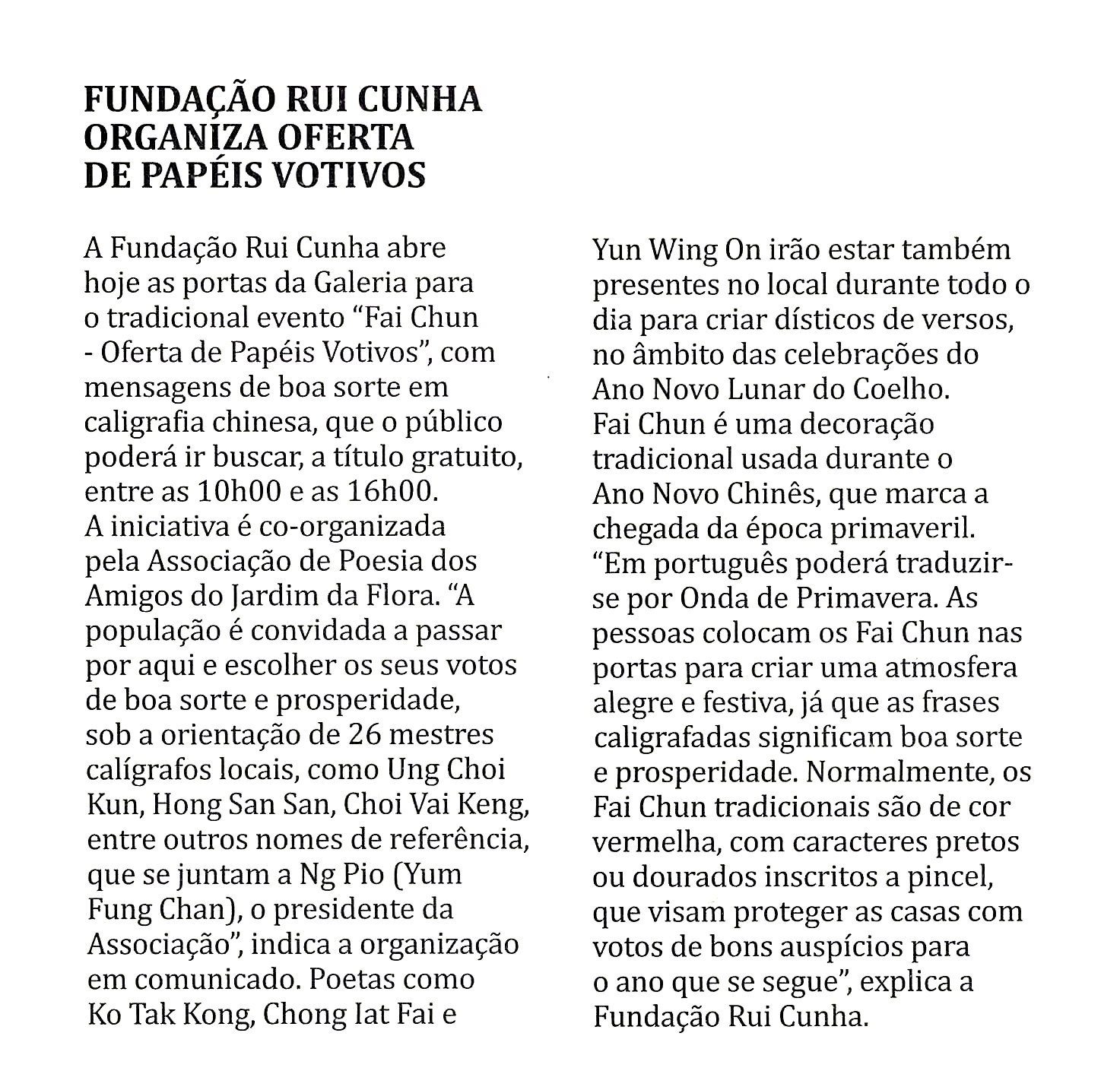