Rosanna Ip was born and raised in Macau, having been a member of the Children’s Choir of the Macau Cultural Institute as a child. At the age of 16, she left for Canada, where she dedicated herself to studying music for a few years. She then went through an ensemble in New York and also did a year of vocal practice in London with the renowned Voice and Piano Teacher Teresa Cahill. Back in Macau, in 2019, she began studies at the Hong Kong Academy of Performing Arts, a four-year training course guided by Professor Nancy Yuen, Head of the Department of Vocal Studies.

Before the departure for her third year of training in the neighboring territory, starting in September, we will be able to hear Rosanna Ip‘s voice performing excerpts and classic songs composed for solo recitals and piano.

Admission is free but subject to the health recommendations implemented by local authorities. 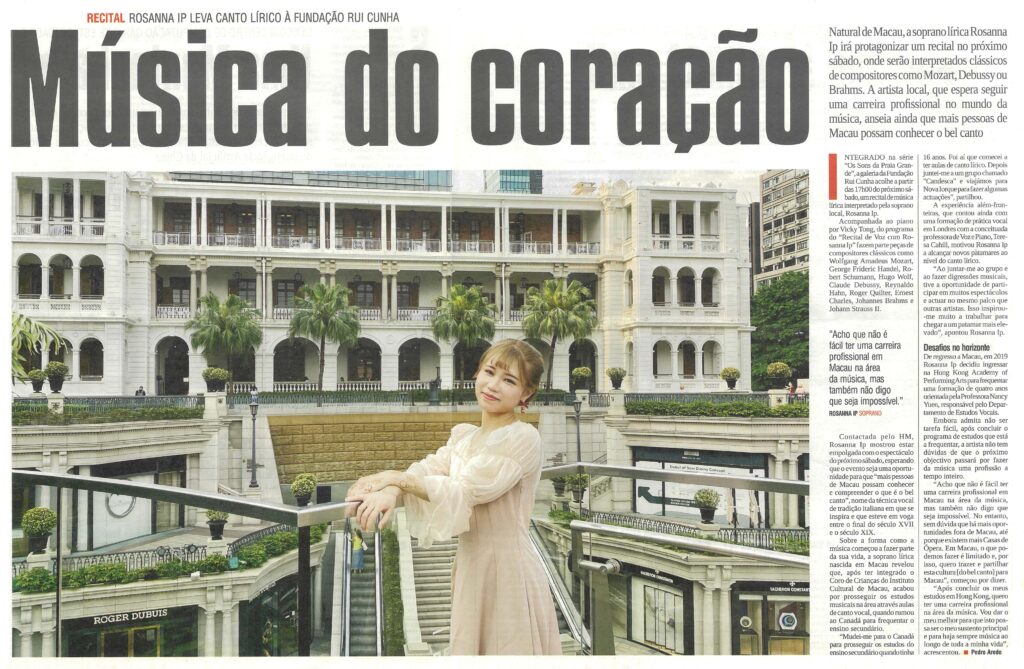 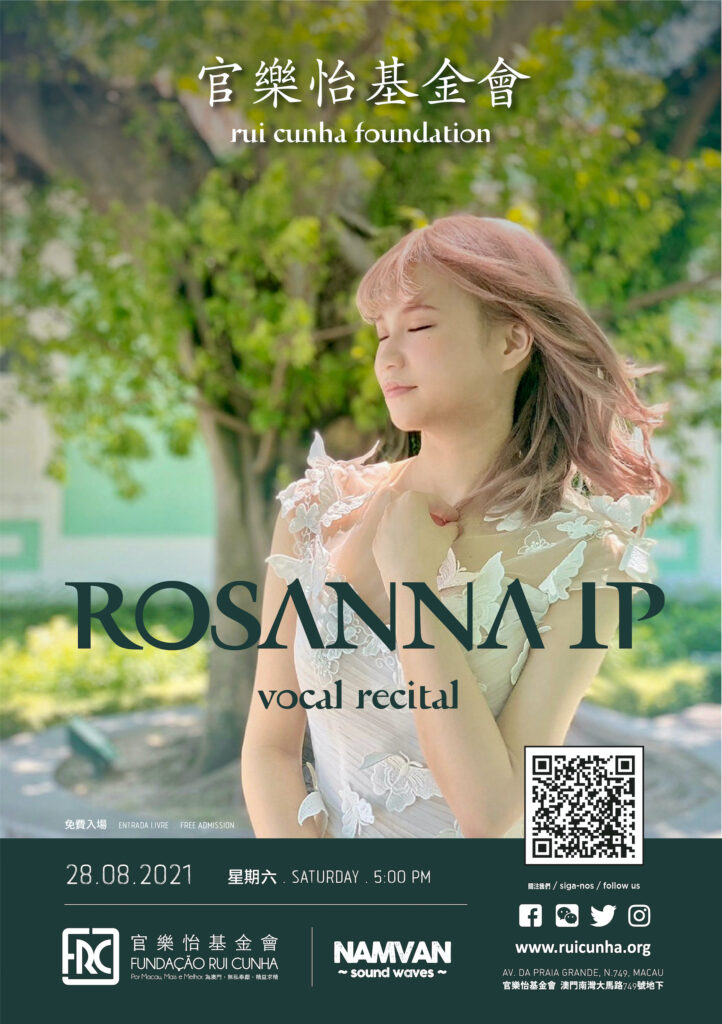