The Rui Cunha Foundation presents on Monday, August 23rd at 6:30pm, another film from the series “Macao in the Movies”, a South Korean story titled “The Thieves”, directed by Dong-hoon Choi in 2012 and filmed in Korea, Hong Kong and Macao.

“The Thieves” is a Korean action movie with a suspense plot, much in the Hollywood style of famous “Ocean’s 11”, that has been largely shot in Macao, staged in local casino environments and under the city’s night lights as a backdrop.

After their last robbery, Popeye (Jung-Jae Lee) and his group travel to Macao to lay low and spend some time while the dust settles. Although actually, his aim is something else. Popeye intends to meet and get revenge on Macao Park (Yun-seok Kim), a former partner who disappeared several years ago after escaping with 68kg of gold as a result of a previous joint burglary.

For this he will count on the help of Pepsi (Kim Hye-Soo), a genius safecracker and an old love of Macao Park. Along the way, everyone will try to steal “The Tear of the Sun”, a diamond valued at 20 million dollars, which is kept safe in one of Macao’s casinos. With an unusual team, made up of Korean and Chinese thieves, the biggest problem with this operation lies in the fact that each one has their own agenda: keeping the diamond for themselves.

Who will be the big winner in this adventure? Don’t miss the screening of the film, with a duration of 2h15m, spoken in Korean with English subtitles. The session will be preceded by a short presentation by Ally Park and Shee Va.

Admission is free but subject to capacity limitation, according to the health recommendations by local authorities. 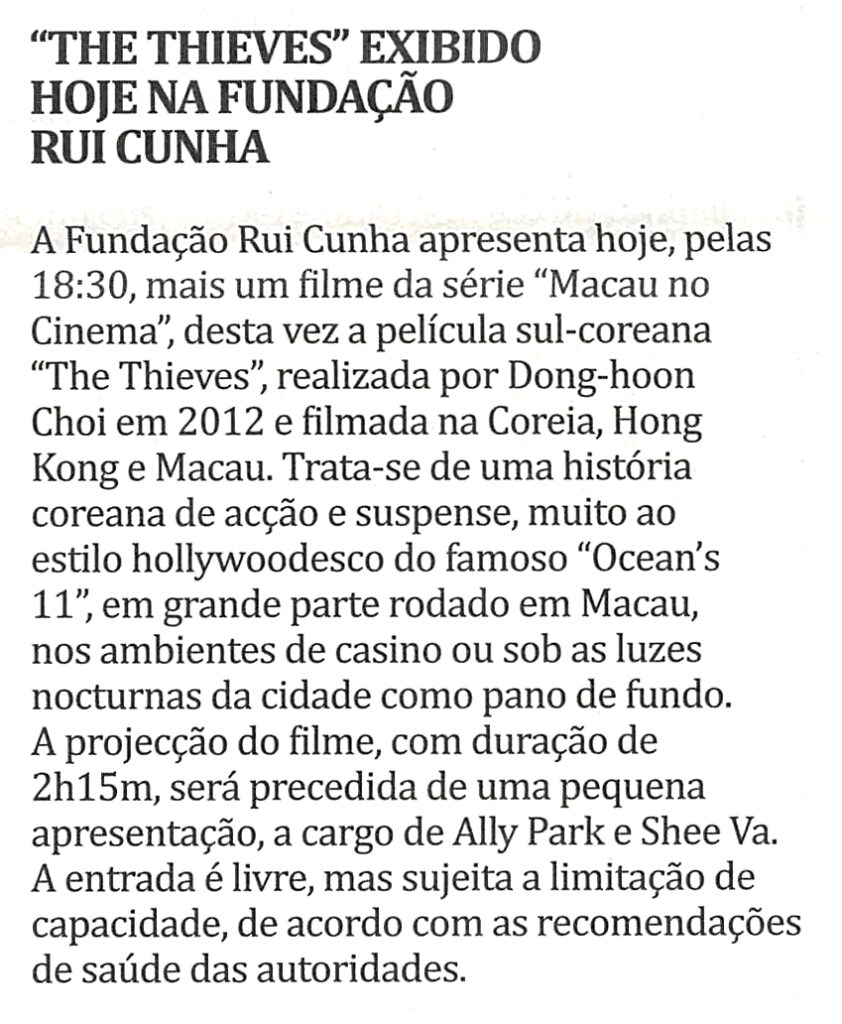 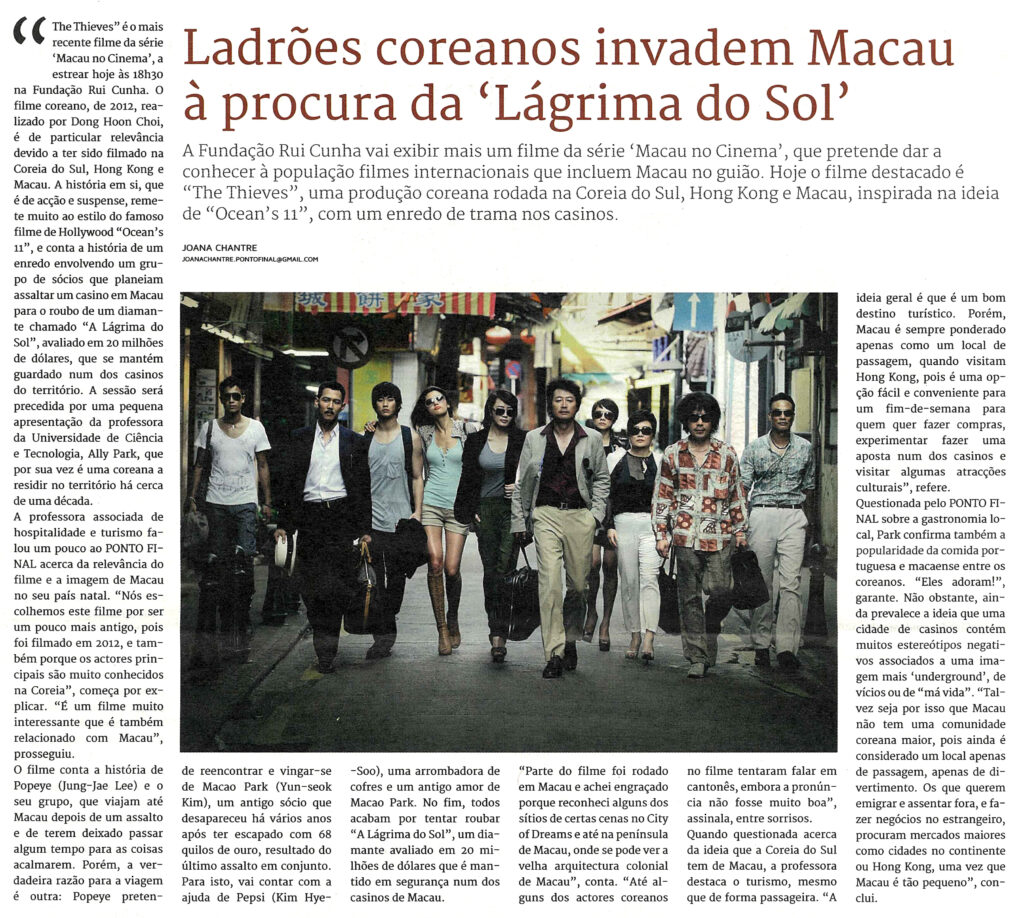 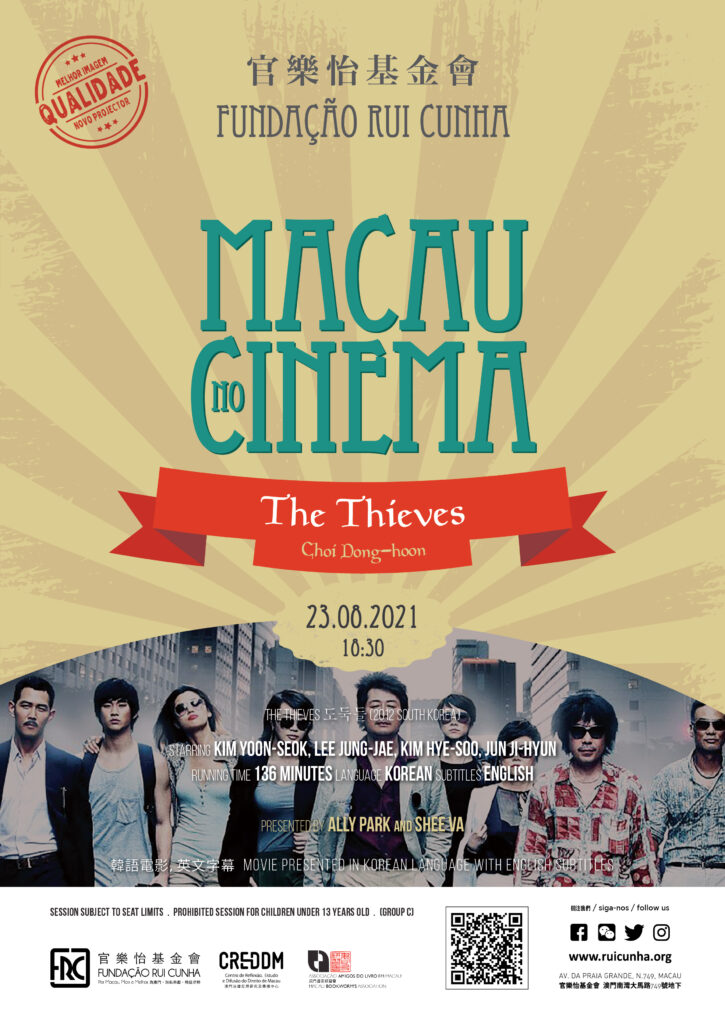