The Rui Cunha Foundation presents this Saturday, March 27th at 9:00 pm, another session of Saturday Night Jazz, dedicated to the “Chick Corea Tribute Project & Macau Jazz Orchestra”, a choice to honor the emblematic career of the American composer, who passed away on February 9th, 2021, after a long successful life of winning 25 Grammy Awards and more than 60 nominations.

In memory of one of the most influential jazz masters of the previous decades, who was also a precursor of the 60s’ jazz fusion, the musicians from the Macau Jazz Promotion Association (MJPA) pay tribute and salute Chick Corea with the interpretation of classics such as “Spain”, “Windows” and “Armando’s Rhumba”, among others of his authorship.

The Macau Jazz Promotion Association, co-organizer of the event since 2014, invites all lovers of jazz music to come and watch another special night at the FRC Gallery, where the collective of musicians has been exploring different styles within this musical genre, and developing projects aimed at youth and others. 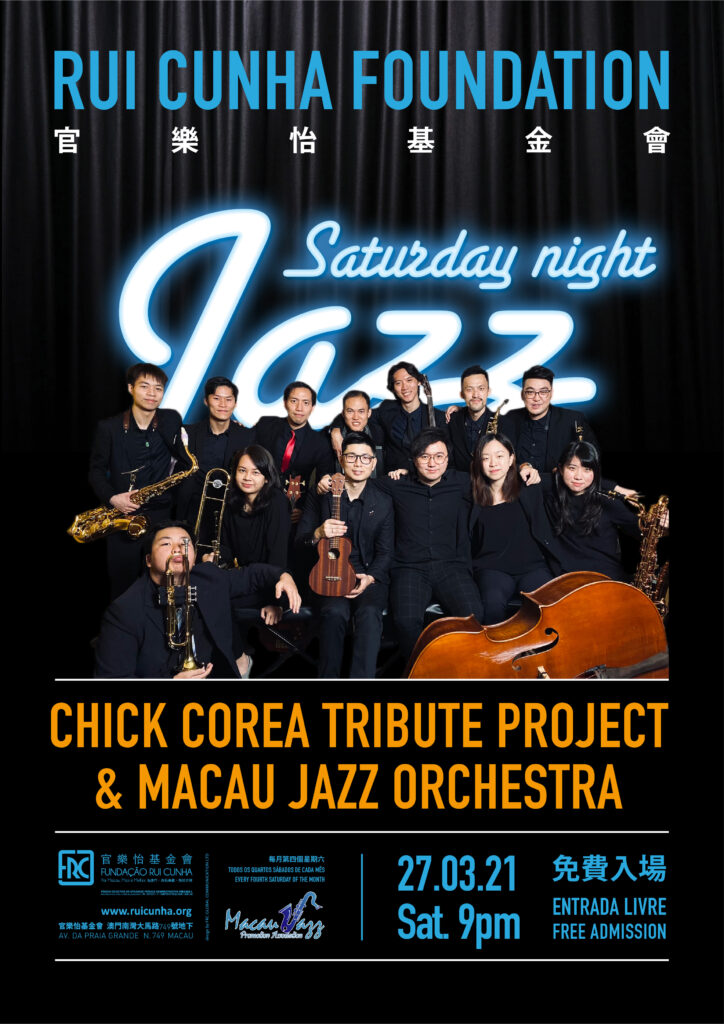