The Rui Cunha Foundation presents tomorrow, Saturday at 4:00 pm, a “Guzheng Concert” by the Macao Juvenile Group of Guzheng Arts. The show features 16 young students who will play 12 themes composed or adapted for Guzheng, ensemble or solo, accompanied sometimes by Piano and Erhu.

The Guzheng is an ancient Chinese instrument that resembles a western wooden zither, with the difference of having movable bridges that raise the strings through which the sound vibrates, which in this case comes out from underneath the instrument’s sounding board where the main orifice is. The zither has only one sound hole positioned on the top.

It became very popular during the Qin and Tang dynasties and is still the most played Chinese musical instrument today. The word Gu (古) means “ancient”, and Zheng (筝) designates a “string instrument”, being also known only by the word Zheng.

The Erhu, which will also be played at this concert, is a kind of traditional Chinese violin, with two strings and a bow, whose sound is similar to that of the fiddle used in ancient folk music. Despite being light and practical for solo repertoire, since the era of nomadic populations who travelled to the far realms of the empire, Erhu is currently one of the main instruments in regional music bands, in Chinese Opera ensembles and also in the main modern Chinese orchestras.

For Macau, More and Better! 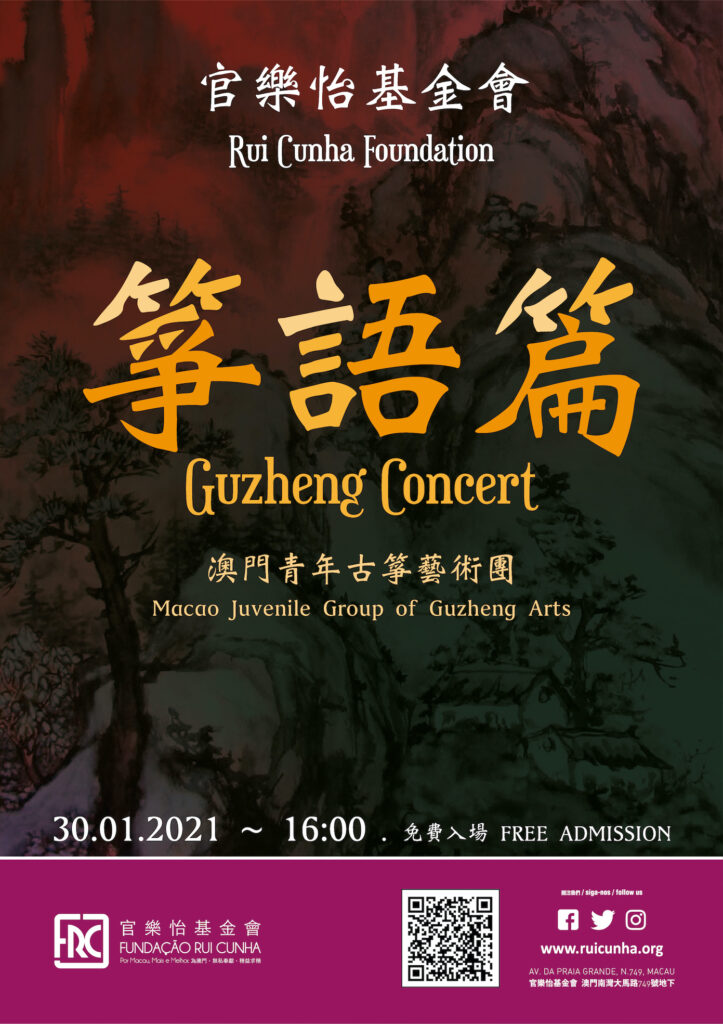